For the Colorado River Basin, the issue of changing hydrologic conditions has been alive for decades and steps have already been taken.  Judging by the changes in actual hydrologic conditions, the challenge is significant—especially for water users down the priority list of water rights.

Anticipated Magnitude and Timing of Changes

For the Colorado River Basin, recent climate change models are late arrivals to the discussion.  Tree-ring studies decades ago concluded that the long-term average of natural flow of the Colorado River is 13.5 million-acre feet (“AF”).  From this perspective, the 20th Century was an unusually wet period.  With 15 million AF apportioned by the Colorado River Compact in 1922 and another 1.5 million AF committed to Mexico under the Mexico-US Treaty in 1944, many have long-characterized the Colorado as an over-appropriated river.

As a practical matter, we will not know our destination (what are the true long-term conditions) until we have completed our journey.  Given that 5-day ahead weather forecasts are notoriously unreliable, why should we be surprised that there is real uncertainty about long-term hydrologic conditions?

What Has Happened to Actual Hydrologic Conditions? 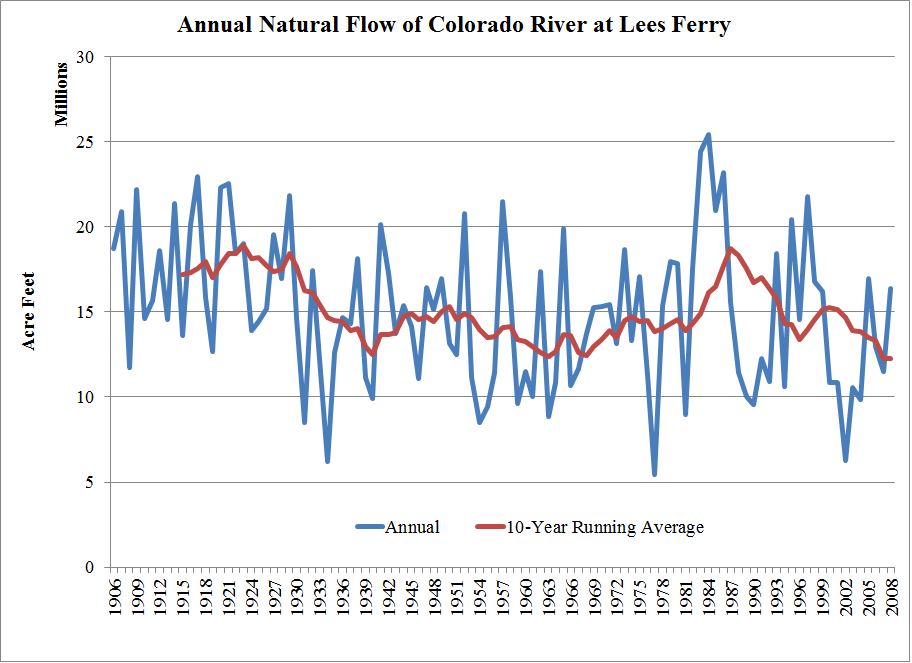 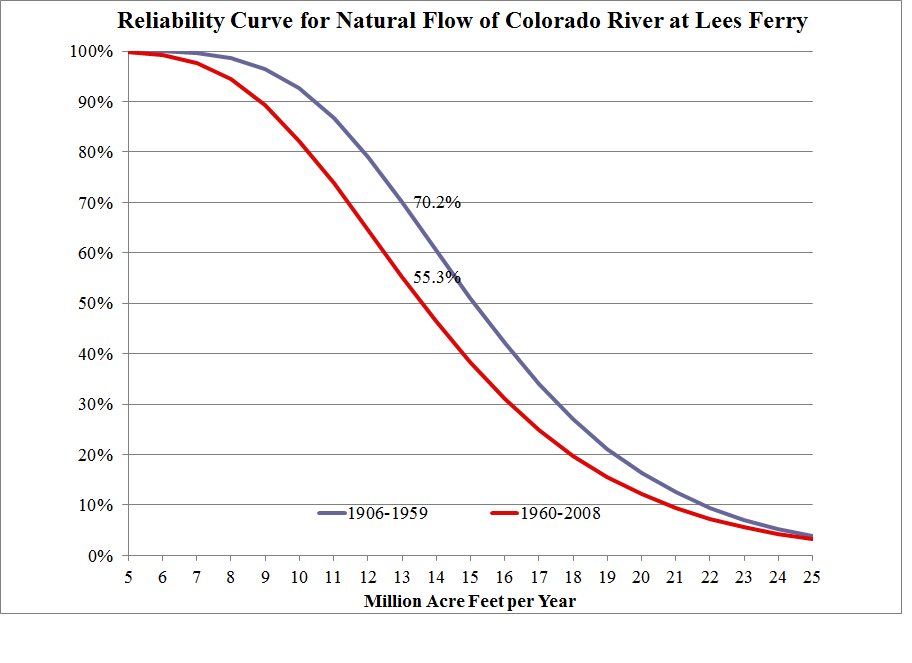 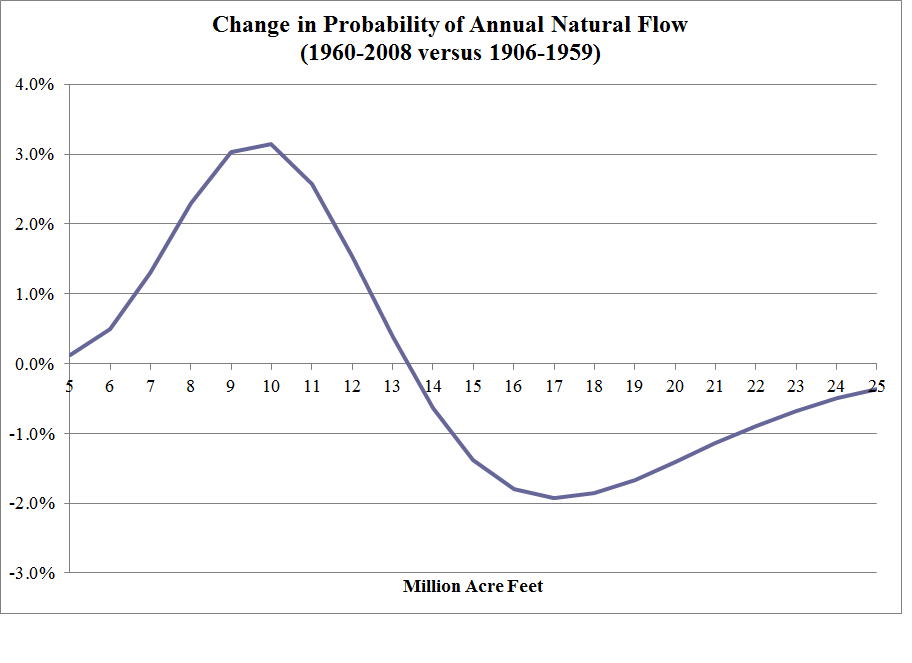 A critical question for the basin: are current conditions a drought or are they simply a return to long-term average conditions?  Another century of data should prove useful in settling the scientific question.  In the interim, the steady decline in annual natural flows from the early to the late 20th century and into the 21st century suggest that a reasonable bet is that natural flows are more likely to reflect long-term conditions predicted by tree-ring studies than the high-flow years of the early 20th century.

What Does This Mean?

Colorado River basin interests have been proactive.  Recognizing the prospect of water shortages, they have devised shortage-sharing policies among themselves and, recently through Minute 319, with Mexico.  Consistent with the reduced natural opportunities for storage, they have created a right to store “intentionally created surplus” in Lake Mead based on water conservation.

The size of the challenges is great.  The loss of 13 million AF of natural flow, including 4 million AF of storage opportunities over a 10-year period is significant.  While intentionally created surplus is an important tool, the pressure for further water conservation will intensify.  Without leadership, urban-rural conflict can grow between the high-priority water right owners (generally agricultural water users) and the low-priority water right owners (generally urban water users).

The timing of the recently released report Water Transfers in the West by the Western Governors’ Association and the Western States Water Council could not be better.  See my next post.