Riding a three-year football winning streak at the annual Red River Rivalry in Dallas, Oklahoma ran over Texas before the U.S. Supreme Court when an unanimous Court ruled that the Red River Compact does not pre-empt Oklahoma water law.  The decision in Tarrant Regional Water District v. Hermann follows a long-standing tradition of deference to state sovereignty.  The economic stakes were a Texan attempt to avoid the cost of water treatment. 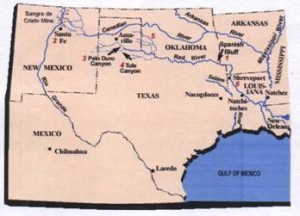 Writing for the united court, Justice Sotomayer took notice of conflicts between Oklahoma and Texas in the early 20th century, when state militias mobilized and martial law declared by Oklahoma Governor “Alfalfa” Bill Murray.  To avoid replay of litigation running rampant out west (Arizona v. California), Congress authorized Arkansas, Louisiana, Oklahoma and Texas in 1955 to negotiate a compact to apportion the waters from the Red River that originates at the New-Mexico-Texas border, runs through the Texas panhandle, then marks the Oklahoma-Texas border, continues east to Arkansas and flows into Louisiana.  A couple of decades later, the states entered into the Red River Compact in 1978 that equitably apportioned the waters.

The dispute turned around a compact provision stating that all states have equal rights to runoff originating in a designated basin (including runoff into the basin) provided that Red River flows at the Arkansas-Louisiana border were 3,000 cfs or higher, provided that no state is entitled to receive more than 25% of excess flows.

The first of two Texas arguments was that the compact authorized Texas to cross the border into Oklahoma to divert water from their equitable apportionment of the Red River.  The argument was an exercise in contractual interpretation where Texas advocated that “silence” in a compact provision granted Texas the access right.  The Supreme Court rejected Texan reasoning.  Drawing on the state “absolute right to all navigable waters and the soils under them for their common use,” the Court found no “sounds of silence.”  Lacking an express right to cross borders (which is found in some compacts), the Court found that the compact had not preempted Oklahoma’s sovereignty.

“The decision today by the U.S. Supreme Court preserves the critical system for how interstate water compacts have rightly worked for decades.  The Tarrant position threatened to upset agreements that Colorado and other states rely on to apportion scarce natural resources.”

The decision does not prevent Texas from using its apportioned share of the Red River.  Rather than crossing the border into Oklahoma, it must divert water directly from the Red River.  Texas’s economic gain from winning was avoiding the cost of water treatment.  It’s loss was betting on legal theories of contract interpretation.