The Voice of San Diego ran a story today about the Cadiz Project that provides a “teachable moment” about the complexity of California water.  Would the Cadiz project benefit from failure of the Bay Delta Conservation Plan (“BDCP”)?  The Voice says yes.  Professionals know that water is complex and the impact of a Bay Delta failure is no exception.  The big winner would be bi-national water projects, not Cadiz.

The Voice advanced a narrative about the role of lawyers at Brownstein Hyatt advising the San Diego County Water Authority on Bay Delta issues and one being Cadiz CEO.  Steve Erie, a professor of political science at the University of California at San Diego (and long-time conspiracy theorist about Southern California water) told the Voice:

The Metropolitan Water District of Southern California (“MWD”) has 1,911,500 acre feet of Table A entitlement to the State Water Project.  According to Department of Water Resources’ most recent assessment of SWP deliverability, this contract generates about 1.2 million acre feet on average.  If the BDCP fails, SWP yields will fall.  Let’s assume that there are major cutbacks—25% to 50%.  Therefore, MWD’s annual loss would be, on average, 300,000 acre feet to 600,000 acre feet (see table).

Shut-off from the North, MWD must look west (desalination) or east (to the Colorado River).  Professor Erie is correct that the value of “deliveries from the east” would increase.  The impact on the Cadiz project is more complex.

The adoption of Minute 319 last year could not have been better-timed.  Minute 319 creates the framework for bi-national water projects where U.S. water users fund water conservation and new projects in Mexico in exchange for new water supplies.  Southern Californians will be funding water conservation in the Mexicali Valley, infrastructure improvements to cut carriage losses, and desalination projects in Baja.  Mexico has the potential to develop hundreds of thousands of acre feet of water. 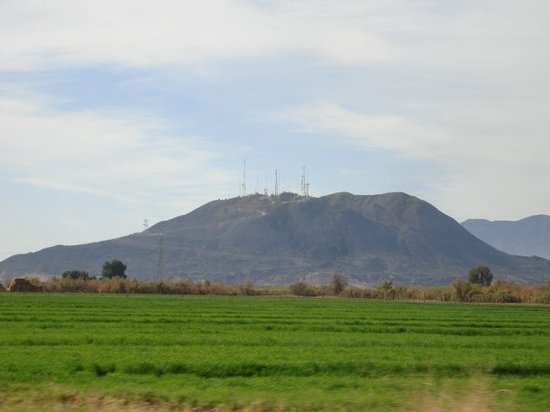 This photo of Mexicali is courtesy of TripAdvisor

How will water get to Southern California?  Mexico will release Colorado River water available from its 1.5 million acre foot entitlement under the 1944 Treaty between the United States and Mexico in exchange for water generated by bi-national water projects.  Water will then be released from Lake Mead to Southern California via MWD’s Colorado River Aqueduct.  MWD’s current unused capacity would then be used to deliver water “from the south”.  The Cadiz project would be shut out of the Colorado River Aqueduct.

The water industry awaits a sequel to Chinatown.  The Voice article may look promising as a “movie concept”, but the real story will be found in Mexico.  If one is driving down Interstate 5 to San Diego, keep going to the border.  Get a Sentri Pass.