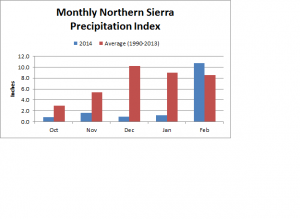 Hydrowonk’s predictions are based on a study of the historic record of final State Water Project Allocations.  The model relates SWP allocations to the amount of water in storage at Oroville at the beginning of the water year and cumulative precipitation as measured by the Northern Sierra 8-Station index from October through April. 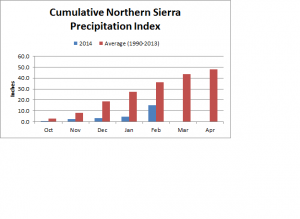 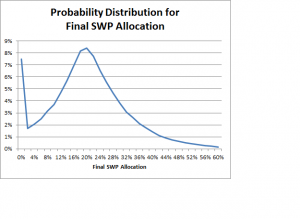