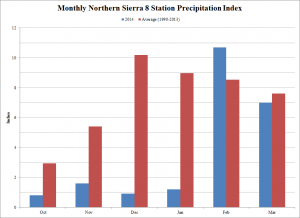 Hydrowonk’s predictions are based on a study of the historic record of final State Water Project Allocations.  The model relates final SWP Allocations to the amount of water in storage at Oroville at the beginning of the water year and precipitation as measured by the Northern Sierra 8-Station Index from October through April.

Despite Mother Nature’s bounty in March, cumulative precipitation remains significantly below average (now stands at 51% of average).  Therefore, the predicted final SWP Allocation remains only slightly above the historic low of 20% reached in 1991. 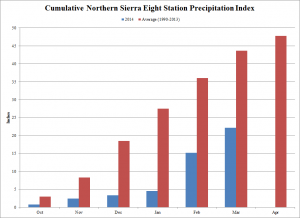 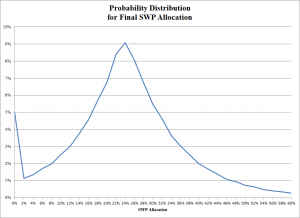 Mother Nature tossed California another bone in March.  While helpful, the situation remains at the historic lows.  The federal and state officials plan to announce soon new releases of water in response to the recent rains.  Expect for announcement of significant releases of water.  Whether project allocations move off zero depends on the environmental constraints that themselves got more complicated with the recent appellate court decision on the 2008 biological opinion by the U.S. Fish and Wildlife Service.