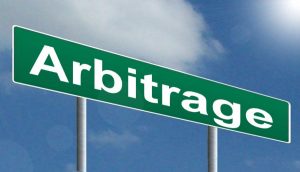 Last June, the Court of Appeal of the First Appellate District issued an opinion addressing the long-standing dispute between the Metropolitan Water District of Southern California and the San Diego County Water Authority regarding lawful wheeling rates for water conveyed to San Diego through Metropolitan’s Colorado River Aqueduct and local distribution system. Reversing a superior court decision, the Appellate Court held that Metropolitan’s inclusion of State Water Project costs in its calculation of wheeling rates was lawful. Putting aside legal debate, Hydrowonk focuses on the economic consequences of the decision.

Based on the superior court decision, the Water Authority paid Metropolitan an exchange fee of $445 per acre-foot in 2014. Under San Diego’s position, the lawful wheeling rate was $143 per acre-foot. San Francisco Superior Court Judge Curtis E.A. Karnow held that Metropolitan incorrectly included State Water Project costs and the Water Stewardship rate in its calculation of the wheeling rate and price under an Exchange Agreement between the Water Authority and Metropolitan. For further discussion of the superior court decision, see “Judge Karnow Issues Tentative Ruling in San Diego-MWD Wheeling Dispute,” Journal of Water, February 2014,  and “Judge Karnow Finds for San Diego on Challenges to MWD Rates,” Journal of Water, July 2015.

The projected exchange charges under the Appellate Court decision are significantly greater than under the Superior Court decision (see chart). Under either decision, wheeling charges accelerate over time for two reasons: (i) ramp up of deliveries under the long-term water conservation and transfer agreement between the Imperial Irrigation District and the Water Authority; and (ii) long-term record of Metropolitan’s water rates increasing faster than inflation (note: projections assume that Metropolitan rates increase by 200 basis points faster than inflation and the long-term inflation rate is 2.5% (see “Project Valuation II: Thoughts About Interest Rates,” Hydrowonk). 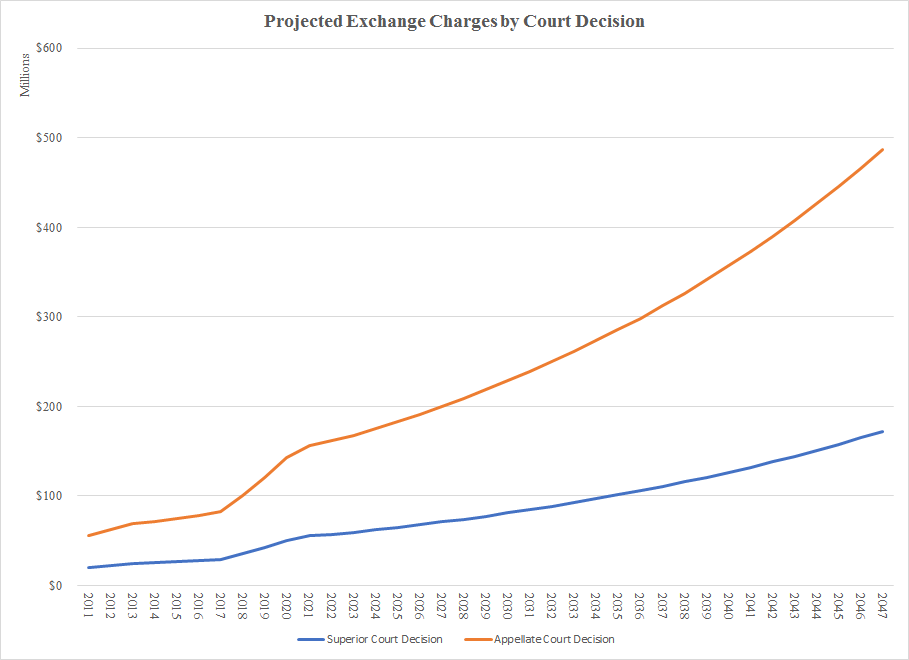 • By 2020, the Appellate Court decision increases the Water Authority’s annual exchange charges by more than $100 million. 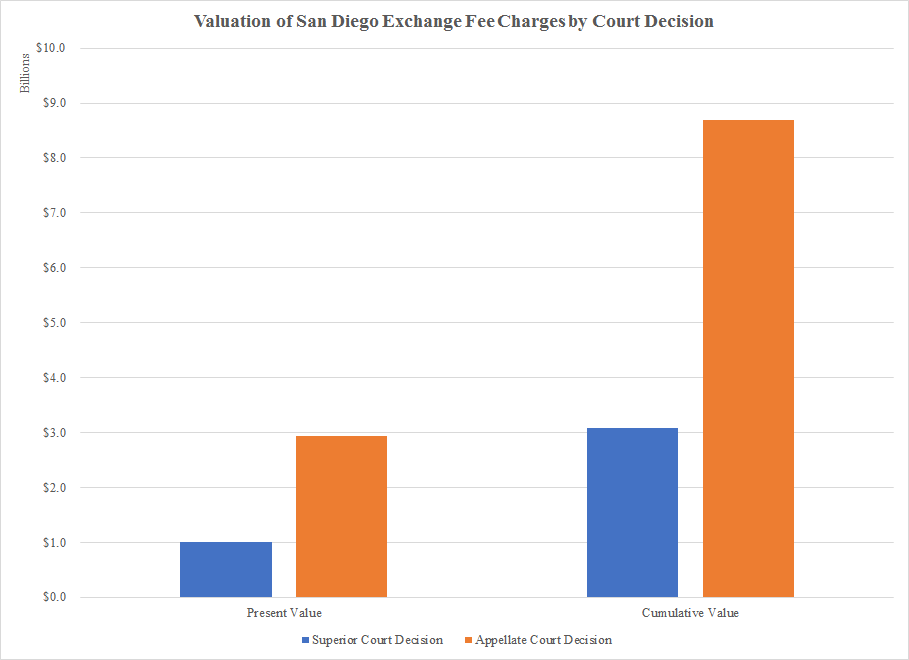 A multi-billion dollar change in the relative cost of water from Northern California will significantly shift the economics of water transfer activity in California.  An inevitable consequence of the Appellate Court decision must be that private equity and investor groups are recalibrating their investment/valuation models.

The California Supreme Court has until September 29th to determine if it will hear a petition for review filed by the Water Authority (subject to a potential 30-day deadline extension).  Whatever the decision on appeal, Northern California is about to enter the “cross-hair” of increased water transfer activity.  Denial of the Water Authority petition will unleash the economic incentives discussed above.  If the petition for review is granted, the 18 to 24 months for a final opinion means that the economic environment of California water remains uncertain.

What else is new?