Southern California has a problem. Its base water supply is at risk due to aging infrastructure and declining conditions in the Delta that make it increasingly difficult to convey water through the Delta. A Saturday outing to Descanso Gardens in La Cañada Flintridge, California led to an unexpected opportunity to hear why the Southern California Water Committee (“SWSC”) sees California WaterFix as the solution.

END_OF_DOCUMENT_TOKEN_TO_BE_REPLACED 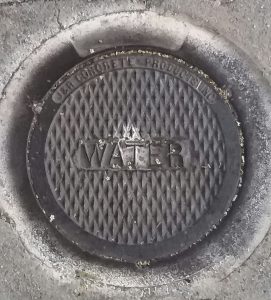 Infrastructure is a key component of how our water is supplied. Just think of the water treatment and distribution systems that deliver clean water to your tap and usher away dirty wastewater. To get the water into those distributions systems, we use canals and pipelines that move water from one place to another on a larger scale—e.g. the Colorado River Aqueduct, which moves water from the Colorado River to the Metropolitan Water District service area in Southern California. Also, desalination and reclamation plants are used to address water supply and water quality needs. END_OF_DOCUMENT_TOKEN_TO_BE_REPLACED

The exceptional rain in California and over much of the western United States this winter was both an asset and a liability to the state. Clearly the precipitation as both rain and snow helped to “bust the drought” in California, and in a very short period of time. As the most recent US Drought Monitor statistics show, at the start of the water year (September 27, 2016), 100% of the state was in some form of drought. Further, 42.8% of the state had either extreme or exceptional drought. Fast forward to today and the severity of the drought has completely turned around. Currently (see map below) 76.54% of the state has no drought conditions, and only 1.06% of the state’s land mass has severe drought. No areas of extreme or exceptional drought remain. Further, reservoirs across the western US have been the recipients of above-average flows. According to the US Bureau of Reclamation, the elevation of Lake Mead has increased from 1,075.23 feet in September 2016 to 1,087.08 feet as of April 10th. Finally, according to the California Data Exchange Center, 9 major California reservoirs in either the State Water Project or Central Valley Project systems currently have above 100% of average storage levels. END_OF_DOCUMENT_TOKEN_TO_BE_REPLACED

In my last post, I wrote about how the water problems in Flint, Michigan may not be an isolated incident in the United States. While a series of missteps and mismanagement led ultimately to the water crisis in Flint, the situation there highlights a much greater problem in the United States: We have generally under-invested in our water infrastructure, and water quality may continue to suffer in other parts of the nation as a result. The water system in Flint has pipes in it that are in some instances 100 years old, and many main lines contain lead. But Flint is hardly alone in facing the problems that aging infrastructure cause. Cities on both coasts, from Washington, D.C., Philadelphia, Chicago, and Los Angeles all have lead and cast iron pipes in the ground that will need to be replaced. In 2013, the American  Society of Civil Engineers (ASCE) created a US infrastructure “report card” which assigned grades to a host of infrastructure types. ASCE’s report was not kind to the various water categories. Drinking water, waste water and dams got “D” ratings, and our levees got a “D-“ rating. The report estimates that the drinking water system alone will take $1 trillion in investment to bring the US as a whole up to a satisfactory level of service. END_OF_DOCUMENT_TOKEN_TO_BE_REPLACED